I got to spend all of last week at a movement ecology workshop in Zurich, Switzerland – conveniently beating the heat wave Minnesota has apparently been having!

Migration patterns of the sooty shearwater, revealed by Scott Shaffer of UC Santa Cruz in a new study.

Movement ecology explores both how and why the way animals move the way they do, and what this means for them as individuals, as populations, and species. What triggers do animals use to decide where to go and what to do while they’re there? Why are some species territorial, while others overlap? Why are some species migratory? What do these behaviors mean for their individual fitness, their population dynamics, and global distributions? How does our understanding of animal movement change the way we try to protect species and the habitats they need?

It’s a pretty big field…and it’s one that is growing in leaps and bounds with modern technology – from camera traps to GPS collars, vast satellite networks and high resolution global imaging – we are able to ask questions about movement and distribution that would have been impossible just a few decades ago. 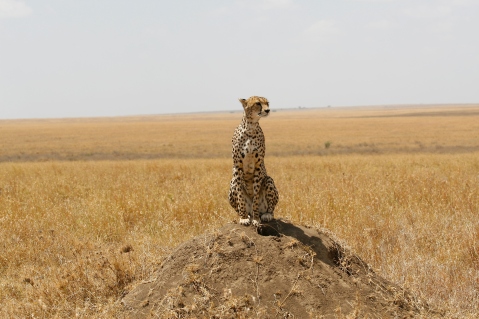 For example, researchers from London’s Royal Veterinary College recently discovered that cheetahs – contrary to popular opinion – might not rely on their top speed to catch their dinner, but instead their agility and acceleration. In captivity, cheetahs had been clocked at nearly 105 km/hour – but new, lightweight, super-fancy GPS collars let researchers take these speed tests to the wild. What they found was that cheetahs in the wild averaged about half that speed – but that they accelerated and turned with unparalleled power and agility. Which means that our long-standing perception of cheetahs as needing wide open spaces for really fast chases might not be accurate – and that they might actually be able to hunt quite well in the woods!

This is just one of many, many secrets that the field of movement ecology, with the help of modern GPS technology, is uncovering.  Some other stories are a little less exotic and closer to home. The Today Show recently covered the amusing tale of a concerned cat owner who designed a tiny tracking device to see just where her pet was going every day. Her sleuthing turned up some interesting results – not just for cat owners, but for scientists too — and scientists are now encouraging cat owners around the country to track their cats and share their data on an online repository called Movebank.org.  So if you have a cat and want to see where it goes when you’re not looking, or help scientists understand how domestic cats fit in to the larger ecosystem, check it out!