The life of a lion isn’t easy

Hopefully you’ve been enjoying the adventures of the lions that David Quammen has been writing about in this month’s National Geographic. David writes about the dramatic lives of C-boy and Hildur, two very good-looking male lions that roam the Serengeti, and the challenges that they face as male lions trying to survive in the Serengeti. I was in the car with Ingela that day that the Killers nearly destroyed C-boy — it was one of my first days in Serengeti, and one of the many moments that I fell in love with the dramatic lives of the animals there.

There’s a good chance you’ve seen C-boy and Hildur and Killers, as well as all the ladies they’ve been fighting over, in the camera traps. Below is a map of the pride territories overlaid on the Snapshot Serengeti cameras. There are a lot more prides than this, but these are the ones that Nick Nichols and Davide Quammen followed. 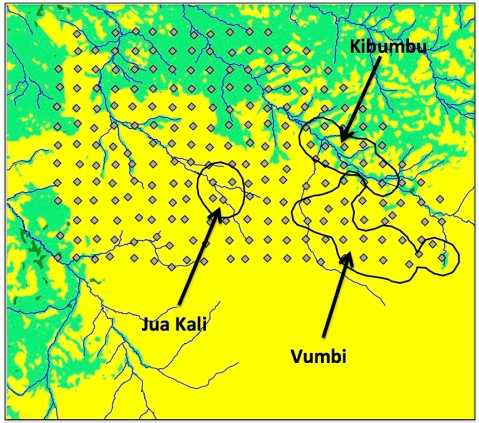 SnapshotSerengeti cameras and the lions that David writes about in NatGeo

Jua Kali, where Hildur and C-boy resided in 2009, control just a tiny patch of land in the center of the study area where the Seronera river begins. They spend most of their time in a marshy lowland where those two small tributaries, converge. The marsh has lush grass and standing water, but is just a tiny oasis in the otherwise dry and desolate grassland. It is not the best territory that a lion can have.

After C-boy and Hildure were deposed from Jua Kali, they eventually took over the Vumbi pride. It worked out pretty well for them in the end – the Vumbi’s are not only a bigger pride, but maintain control over the Zebra Kopjes, a suite of rocky outcroppings that provide shade, water, and a vantage point to watch for prey across the open plains. Despite C-boy’s brush with death and his inelegant retreat from power, C-boy and Hildur really haven’t done too badly for themselves.

So there it is. The lions that are gracing the pages of this month’s National Geographic magazine are the same ones that you see yawning, sleeping, and stretching in front of the Snapshot Serengeti camera traps. David’s story, and Nick Nichols’ photos, provide an amazing and detailed dive into their lives.

We’re currently raising funds to keep Snapshot Serengeti and the long-term Lion Research Project afloat. Thanks to everyone who has donated so far!

5 responses to “The life of a lion isn’t easy”