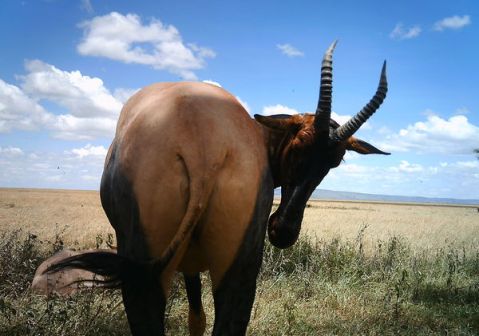 Whilst stretching the corners of my brain to think about a new topic to write about in the Snapshot Serengeti blogs it astounds me to realise just how long we have been going for; over 7 years now as Snapshot Serengeti and almost 10 if you include the Serengetilive days.

It is also humbling to know how dedicated our followers are and what support we get from them. Our fun would have been over long ago if the community had not backed us. It has occurred to me that Snapshot Serengeti’s followers do so in differing ways. Those who follow our facebook and twitter pages or WordPress fans who follow us through our blogs may have missed what it is we are up to. So at risk of boring those of you who do know I thought it was about time to reiterate what it is we at Snapshot Serengeti do and how it all works.

Our largest group of followers do so at www.snapshotserengeti.org helping us classify the millions of camera-trap images that are produced by around 225 camera-traps placed in a permanent grid pattern in our study zone in the Serengeti National Park. For continuity’s sake these sites, after an initial bit of trial and error have remained in their fixed spots since they were first chosen by the projects designer, Dr Ali Swanson back in 2010.

Originally the camera-trap grid was set up to answer questions on carnivore interactions specifically if carnivores were avoiding one another spatially and temporally, it soon became apparent that it could be used to pose many more scientific questions amongst them herbivore coexistence and predator prey relationships. The wisdom to leave this permanent window of observance into the lives of the Serengeti animals should lead to many future studies and has spawned many new similar camera-trap projects around the world.

It’s not all about the animals, in fact since teaming with Zooniverse the project has been as much about the advancement of citizen science as anything else. Back in the Serengetilive days there were so few of us taking part that we used to have our names up in a sort of league table of who had classified the most images. Each classified image was labelled by the classifiers name. Now of course there are far too many participants to bother with that kind of thing, besides with multiple people having to agree on each classification it might get messy. The work on developing a robust algorithm that dealt with the uncertainties in each individual classification was so involved it also paved the way for many more projects and several scientific papers.

So what do we ask classifiers to do? Well first you are presented with either a run of 3 images (day time) or 1 image (night time). You are then asked to decide and record what animals are present, numbers of each species, behaviour and whether there are young present or not. It’s pretty straight forward with prompts along the way. If you don’t know what the animal is you simply guess. Yes you read that right, you guess. One thing the developers worked out is that the whole project works better if you cannot skip images. For one thing it avoids all the hard or boring images being left till the end. As each image has to be agreed upon by several classifiers before it is retired this tends to smooth out any miss classifications and research has shown we are around 97% accurate.

If you find something good or something you cannot id and are curious you can add the image to Talk which is the discussion forum. There we have some very dedicated moderators who will help you with your queries.

All in all Snapshot Serengeti is about learning and sharing both for the researchers and for the community of classifiers so if you have been enjoying the facebook posts or reading the blogs but have never had a go classifying get yourself over there to www.snapshotserengeti.org and have a go.