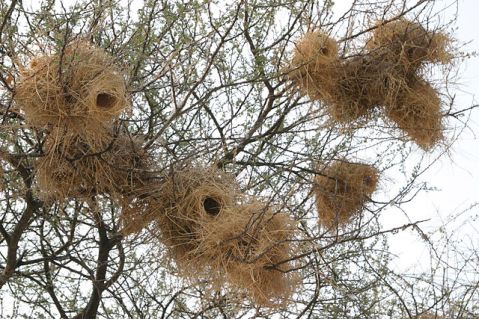 Camera-trapping has vastly opened up the possibilities of studying animals in the field in a relatively unobtrusive manner. Leaving a bunch of camera-traps clicking away 24/7 over a long period is generally cheaper than employing researchers to stay in the field providing them with accommodation, food and vehicles.
However it has its drawbacks. Good field skills are only learned over time spent in the field and although field researchers cannot operate 24/7 like the camera-traps they are less impartial observers noticing all kinds of fine details surrounding that which they study.
It is these observations that stimulate and inform new scientific questions and drives the understanding of the world around us. I am not suggesting that the results of camera-trap studies can’t also do this but since the days of the first naturalists it is being in the field that nurtures the very interest in studying wildlife in the first place.
The researcher who knows their study area well will be at an advantage to one who has planned from afar after using GIS. I know because I have been both. My first camera-trap project was on a reserve where I had lived for three years and that helped me know intuitively where I should place my camera-traps. On the other hand my latest project involved a very fine time window and I had to set up camera-traps on an unknown farm within two days of arriving. By the end of the 8 week period I was just starting to get a better feel for the place and could have kicked myself for not placing my cameras in the optimum places. When I went back to collect the cameras I found myself wading thigh high through a carpet of small yellow daisy-like flowers that left me coated waist down in a yellow stain. Had I have known the farm better realised this plant grew only in a few areas and could have avoided it entirely and saved myself the turmeric skin wash and a lot of miss-triggers.
My latest trip to Africa reminded me of why living in the field is so rewarding. Whilst the camera-traps are diligently collecting your data it gives you the chance to observe without frantically thinking of your research question, you can take time to take inspiration from the broader environment.
Near my tent was an old dead knob thorn tree that had five white-browed sparrow-weaver nests hanging like straw balls from it. Each night at dusk a pair of sparrow weavers would fly into the tree, call loudly as if claiming the spot and the female would dive into her preferred nest. The male would remain up high above waiting. Just as the last light was fading 3 or 4 small dark shapes would arrive and the sparrow weaver would chase after them squawking disapproval. Having seen them off he would come back and settle himself into the nest of his choice retiring for the night. Watching closely revealed, a few minutes later, the return of the invaders; two pairs of black-faced waxbills. They alighted at the top of the tree and cautiously made their way down towards the remaining nests finally one by one slipping quietly into the unused nests one couple per nest.
The thing about this little drama was that it was played out every night for over two months. None of the birds seemed to alter their routine and none where actively breeding at the time, they just had their bed time ritual. This was the kind of observation that the camera-traps will never quite capture as well as a human. In just the same way, although Snapshot Serengeti would not exist without the cameras it would be nothing without the human, citizen scientists behind the scenes sorting out the images. Even with computer recognition programs on the horizon I believe it would be foolish not to still use humans who’s innate sense of life will always pick up on something that is slightly odd, unusual or different about an image.