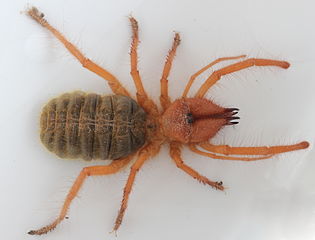 When living in the bush in Africa your life becomes attuned to the rhythms of nature. Up with the sunrise, the spurfowl, guinea fowl and francolins won’t have it any other way, their raucous calls start well before the sun is actually visible. Physical work can be done until about mid day and then if possible its best to seek shelter till around 4pm when the sun is at least not high enough to cook you yet still pretty hot. By 8pm its dark so there is nothing else to do but sit back around a fire and let the night envelope you.
I am living so basically at the moment, my clothes are starting to look shabby after two weeks of hand washing in minimal water. I am however improving my skills daily at cooking on an open fire. It is amazing what you can do with a skillet, a pot and bits of old rebar and wire. I may have invented a new dish last night, Christmas Eve, when I conjured up a gemsbok stir fry.
The wood here gives new meaning to the term hard wood. Luckily for me there is a ready supply of wood due to the need for bush clearing on this cattle farm. Just a few pieces are enough to get really good coals glowing to cook over. They use a deep three legged cast iron pot in Africa for cooking stews, known as a potjie here in Southern Africa. I might even try my hand at bread next.
So last night after a good feed, Trev and I sat contemplating the embers whilst watching nightjars and bats hawking what looked like flying termites. It has rained recently triggering the eruption, earlier we watched guinea-fowl, hornbills, starlings, drongos and a whole host of other small birds running back and forth slurping them up straight from the holes before they could even get airborne. There is a constant suzzz of insect noise interrupted by the screech of barn owls and the odd jackal.

Then there is a deathly screech to rival that of the barn owl, what is it you ask? well it’s me. Something has just ran up my leg across my back up on to my head and then dropped down again to the ground between my feet. I am not usually given to screaming like a girl and creepy crawlies don’t usually bother me, but there is nothing quite like the dark to bring out the pathetic in us. So a quick scrabble for flash lights ensues and the culprit is spotted.
It’s a solifuge, otherwise known as a sun spider. Not actually a spider, though belonging to the same class, arachnida, they form an order by themselves, solifugae. They differ from spiders in not having silk glands and therefore do not spin webs. They appear to possess 10 legs but in fact the front most pair are actually pedipalps that act as sensors and aid in feeding. They are voracious predators and will eat anything they can overpower such as spiders, scorpions, insects and invertebrates.
Totally harmless to humans they do however install a lot of fear. This is partly due to two behavioural traits. If disturbed in the day the solifuge will head for the nearest dark place, often the very shadow cast by the human that caused the disturbance in the first place, giving the false impression that the solifuge is running at you in attack mode. Similarly at night they will follow a light source, again, often that of a human with a flash light.
The second trait is that they move like greased lightning. They are constantly zipping from here to there in a frantic search for prey to keep their high metabolism ticking over. They have also been known to take human hair to make their nests.
You are not likely to pick one of these up on Snapshot Serengeti’s camera-traps but if you ever get the chance to observe one of these arachnids going about its daily business it is really very fascinating, if of course you can get over your human fear.