Detour to the Spice Islands

Hey all! Sorry for the delays in posting – I’ve been doing a bit of traveling recently, in the quest to obtain all my permits. Last week, I took the bus (a 12 hour ride each way – no mean feat) from Arusha, the city where we are in northern Tanzania, down to Dar es Salaam, a large city on the coast. Tanzania’s largest city, in fact, and it certainly contains all of the qualities of city living that I find distressing. It’s an overwhelming, crowded, busy, noisy place, not anywhere I’d care to visit again any time soon. The upside to this business trip, however, was that when I finished up dealing with my paperwork on Friday afternoon, I hoped on a ferry and took a ride out to Zanzibar, the “Spice Island”. 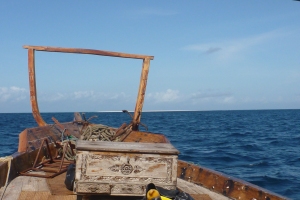 The Zanzibar archipelago is located about 3 hours boat-ride off the coast. Persian traders used Zanzibar as a base for voyages between the Middle East, India, and Africa, and the island later became a center for the Arab slave trade. There’s even a small rock in the archipelago which holds the remains of a prison built for rebellious slaves (named, appropriately if not unimaginatively, “Prison Island”). I spent the weekend in the main island in the city of Stone Town. The city is old, its architecture rife with Arabic influences – towering buildings and narrow alleyways, ornate doors and carefully constructed windows. 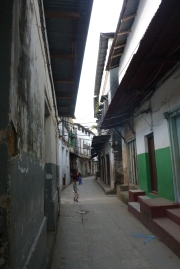 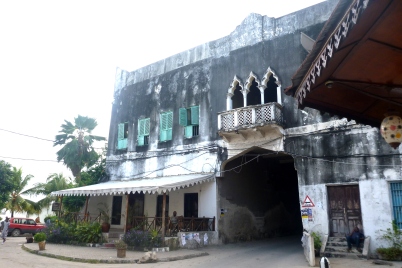 Stone Town claims to be the only function ancient town in East Africa. I was just happy to return to an island and get some quality time out on the beach to refresh and de-stress. The major appeal of Zanzibar for me was what was going on under the waves – I took the first opportunity I could to hop on a boat, don some SCUBA gear, and check out the island’s beautiful coral reefs. 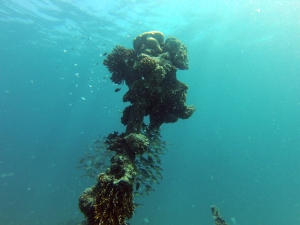 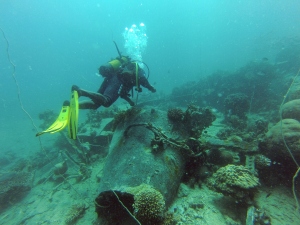 Cephalophods, sting-rays, beautiful shimmering leaf fishes, and pulsing corals. We even got to check out the wreck of a ship that sank over 60 years ago! It was hard enough to drag myself back onto dry land, let alone voluntarily get back in the bus for another monumental drive home. My business was completed successfully, though, so knock on wood I should be seeing the Serengeti soon…

One response to “Detour to the Spice Islands”