It’s Day 2 of the U.S. government shutdown. While the media blares about congressional politics and occasionally offers a run-down of what the shutdown may or may not mean for the average Joe, the impacts of the shutdown on science are not generally noted. Notice that I said ‘science’ and not ‘U.S. science’ because this shutdown affects scientists around the globe.

For starters, all the federal grant-making agencies are shut. This means no processing of grants, no review of proposals. Everything grinds to a halt. At best, it causes delays. But at worst, it means important science that depends on continuity gets interrupted, forcing some scientists to start their experiments over from scratch; for expensive experiments, it could mean a death knell. Other research that depends on getting funding before a field season may be delayed a year even if the government is shut down for only a few days.

Much of U.S. science is actually done by government employees. One agency, the United States Geological Survey, employs (oh, I can’t look up the number; the website is shut down; let’s just say “many thousands of”) scientists who work on topics like climate,  ecosystems, earthquakes, and water quality. While some of these employees — like those who monitor for earthquakes, for example — will keep working as “essential” employees, most are furloughed. They get sent home with no pay and are forbidden by law to do any science. Forbidden. It’s a felony to work when furloughed. This hits home for me, as my husband is a post-doctoral geologist with the the U.S. Geological Survey and we are going without three-quarters of our household income for the length of the shutdown.

In addition to the direct impacts of the shutdown on government funding agencies and on government scientists, many more scientists are indirectly affected by issues of access. I am a fellow at the Smithsonian Institution’s National Museum of Natural History in Washington D.C., but I am employed by the University of Minnesota. The Smithsonian, being a quasi-governmental organization, is shut down. Most of the Smithsonian’s scientists are furloughed. (The folks in the entomology department, where I spend my time, are many of the ones that describe new species of insects previously unknown to science. No new species for a while, everyone. Sorry.) And on top of that, even people who aren’t employees of the Smithsonian (like me) cannot do their work, because they can’t get into the building. I know of visitors from other countries who came to visit the Museum for a few weeks to do research. But they can’t get in.

There are many, many scientists all over the world who collaborate with U.S. government scientists, who depend on U.S. government funding, and who use U.S. federal facilities. All these people are feeling the negative effects of the shutdown and aren’t able to get their science done. 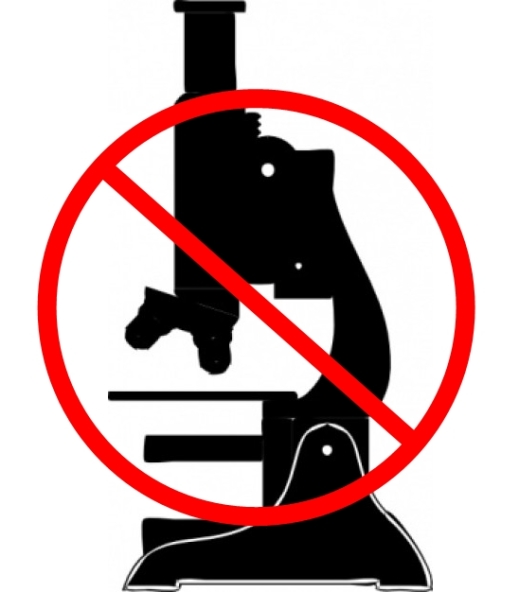